Have never been drunk

In'The Troubled Son of the Rooftop Room', Yuri Lee confesses that the amount of alcohol was infinite in her days.

The KBS 2TV entertainment program'Optopbang's Problem Son', which will be aired this afternoon, is a quiz program that solves common-sense problems by Kim Yong-man, Song Eun-i, Kim Sook, Jeong Hyung-don, and Min Kyung-hoon.

On this day's broadcast, Yuri Lee, who showed her acting in the production of bombs in the drama, revealed the story she has been drinking for 15 years, creating a surprise.

Yuri Lee confessed that she was a great lover in the past and confessed to being an infinite drinker who has never been drunk, because the secret (?) is because of the unique drinking habit that never falls before someone in front.

For the reason she had been abstinent so far, she said, "I was so drunk not to drink until the end that I had a bad hangover."

On the other hand, the schedule for the “Stop of the Rooftop Room,” which was broadcasted at 8:50 pm on Monday evening, is scheduled to move, and from this week onwards, it will be visited by viewers at 10:30 pm on Tuesday.

The story of “National Villain” Yuri Lee’s “Akbari Liquor” story will be revealed on the 30th (Tuesday) at 10:30 pm on KBS 2TV’s “Stop of the Rooftop”.

Ten years ago, a 12-year-old job was married to a pastor's husband. 1. I would like to know the lawyer Lee Seung-yong of Jeju, tracking the murder case, Governor Shin Gu-beom of Jeju in 1998, and related to the murdered murder after the election conscience declaration? 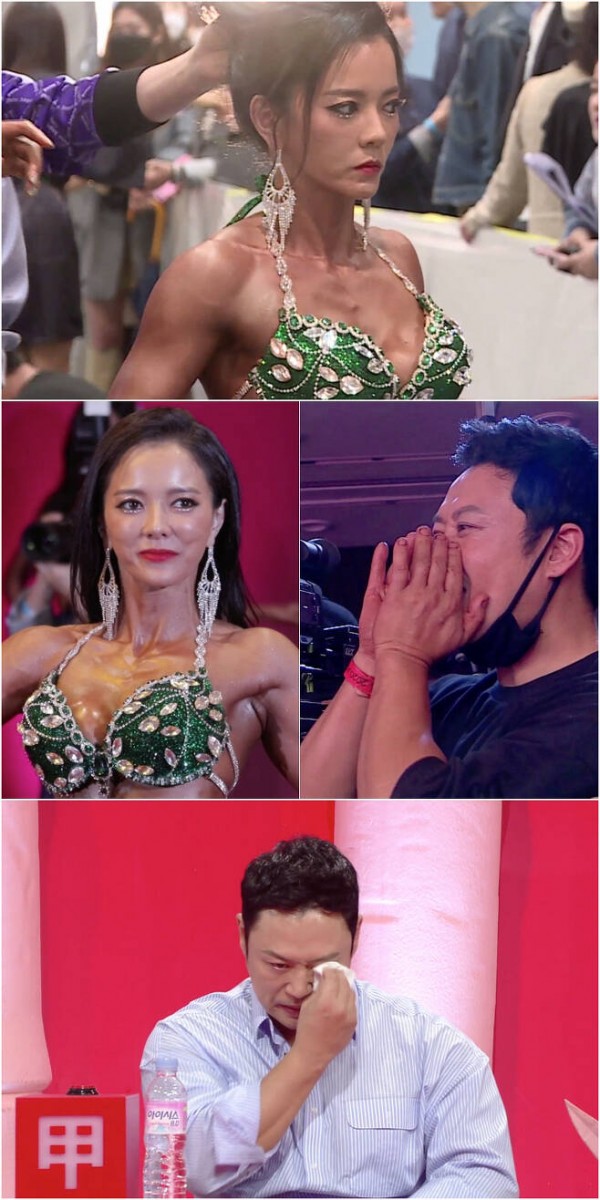 Choi Eun-joo, who is forty-two years old, watched a confrontation with young talents Yang Chi-seung eventually shed tears and said,'The boss's ears are donkey's ears' Muscle Queen Choi Eun-joo's splendid return scene is revealed. The brilliant stage of actor Choi Eun-joo, who is living a second life as a fitness trainer, unfolds at KBS 2TV entertainment'Chief Ears Donkey Ears' (hereinafter referred to as'Donkey Ears'). Actor and trainer Choi Eun-joo and new trainer Kim Eun-ju participated in the women's competition. Kim Sook pours out the resilience of stretching, saying, “It's amazing,” when Choi Eun-joo finally emerged while the colorful and intense stage of the women's athletes who had endured months of quenching to stand on the stage in just 30 seconds caught the eye. In the photo, Choi Eun-joo's perfect body line and her strong eyes full of confidence remind us of the remarkable return of Muscle Queen. However, even for Choi Eun-ju, who swept through various contests at the same time as her debut, it was difficult to endure the burden of winning and a lonely fight with herself. Furthermore, the results were difficult to predict, as they had to compete with young talents who had competed at the age of 42. In an interview with the production team, Choi Eun-joo revealed an extraordinary determination that she "did her life this time" and became interested in what would be the result of her pre-return career. On the other hand, it was said that Yang Grand Prix raised two disciples in the Grand Prix match, where the first place of each weight class reunited again to determine the final winner. In connection with this, there was an increase in curiosity about the main broadcast, which resulted from the appearance of the tiger chief Yang Chi-seung, who was silently watching the stage with his mouth closed, wiping out tears, and whether the muscle queen Choi Eun-joo could once again take the throne. . The moment of emotion of Eun-joo Choi, the queen of the muscle, will be unveiled on KBS 2TV's boss's ear is a donkey's ear. Actor Choi Eun-ju, born in 1979, is forty-two years old this year. He appeared in various dramas from 1998 to 2009. He started playing a short role in the 2000 movie “If You Take It and Die,” and played the role of “Never Ending Story” Jinju in 2012. Particularly, Choi Eun-joo played a role as a coffee shop in the 2005 film'The Crisis of the Family'. 4. Minhyun starring, is it set as an acting stone?